Running a little behind… been bogged down in editing. But I’m making progress with the re write of my first ever series and hoping for a re release of The District Line in early 2018. That’s my New Year’s Resolution anyway, which brings me on nicely to this week’s snippet 🙂

Today I’m revealing the cover for the first book in my brand new St.Cross series, which will be published on 19 December (that’s one month from now, people!) by Loose ID.

Won’t Feel a Thing is the first book in my hospital based series and follows pediatric cardiology nurse, Ollie, who makes a brief appearance in Reformed (Responsible Adult #3), also on general release from Pride on 5 December (busy Christmas for me – eek!).

Ollie Warne, fresh out of nursing school and working his dream job as a pediatric cardiology nurse at St Cross Children’s Hospital, London, wants to start the new year free of personal heartache after his track record of falling for the wrong man—his New Year’s resolution is to live a life of carefree liaisons from now on.

He immediately meets Jacob, father of one of Ollie’s patients and a man harboring more guilt and past demons than even Ollie, which is saying something…

Their growing attraction makes it hard for Ollie to keep his distance, but he has to―not only do the ethics of his profession demand it…but Ollie is entangled with another man. A predatory doctor who has a huge personal and professional stake in Ollie’s life.

Ollie risks more than his job by getting involved with a patient’s father―and much more than just the success of his New Year’s resolution, something that was supposed to ensure that, this time, he won’t feel a thing.

And now for the #Rainbowsnippet…

“You left your watch here.”

Ollie scrambled to get his arm out from under the duvet and checked his wrist. Bollocks. He shut his eyes.

Ollie shoved a hand over his mouth, adding to his suffocating possibilities, and ignored the sinking feeling in his gut.

Ollie shook his head and sank farther into the duvet to cover his face.

The answer phone bleeped, indicating the end of the message and signifying the beginning of Ollie’s New Year’s resolution.

The one where he wouldn’t feel a thing.

Rainbow Snippets is a group for LGBTQ+ authors, readers, and bloggers to gather once a week to share six sentences from a work of fiction–a WIP or a finished work or even a 6-sentence book recommendation. You can read all the other snippets here 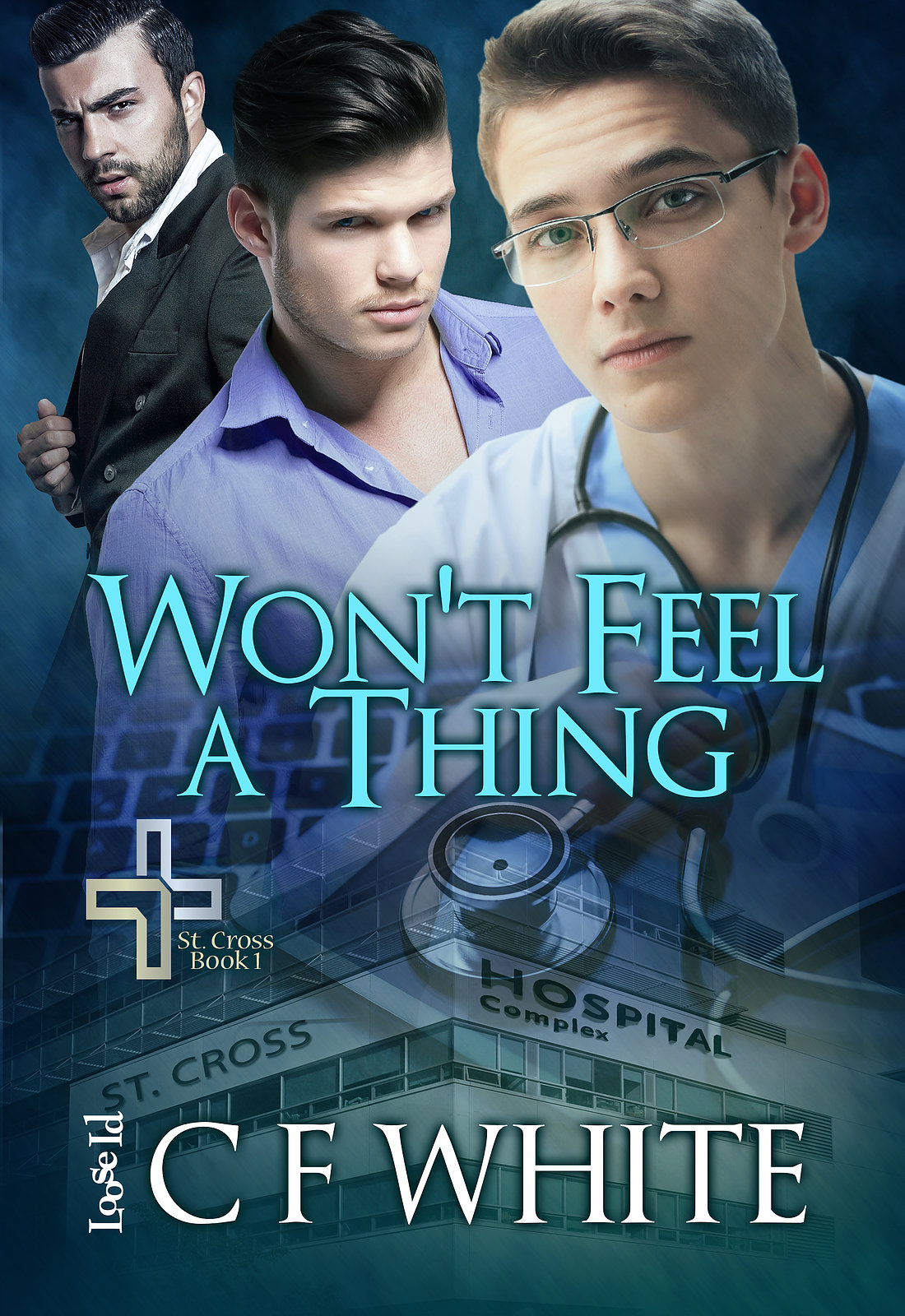