Someone is always flying somewhere but the passengers travelling from Heathrow Airport get more than they bargained for in this set of steamy, standalone novels.

Meet the passengers who all, eventually, fly into their happy ever after.

Can a French kiss persuade an uptight Englishman to leave his city behind and start a new life in rural France?

When Dale hires Valentin to help him fix up his inherited farmhouse estate in rural France and sell to the highest bidder, sparks fly.

Complete opposites, can they really expect their insta-lust to last beyond the storm that forces them together?
But how can Dale walk away from a man so alluringly rogue as Valentin Aubrey?

And how can Valentin expect a man so money-orientated to throw away his career and stay in the wilderness with him?

French Kiss (Flying into Love #1) is a Contemporary, Opposites Attract, Age-Gap, Forced Proximity MM Romance featuring an uptight English businessman with a preference for nameless hook ups and a rugged half-French handyman with a chequered past. 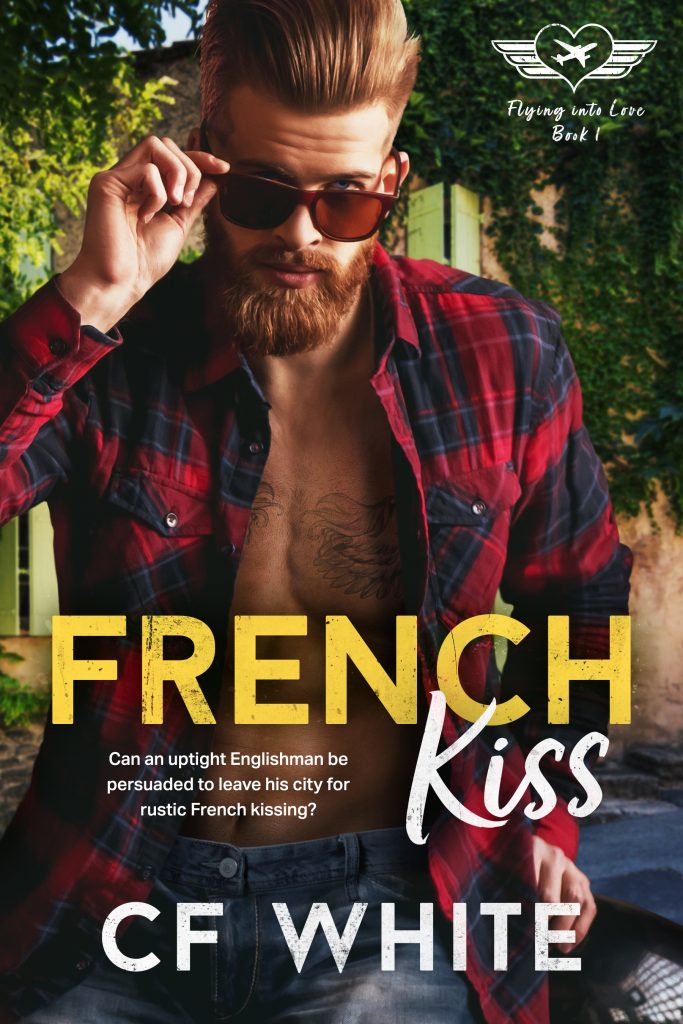 Can a Spanish siesta make Matt see his best friend the way Kieran’s been wishing he would for years?

Matt Robinson just got dumped. Again. With his sister’s wedding on the horizon, he needs a plus one.

Kieran Barker has been in love with his straight best friend for far too long. It’ll never happen. Having already been left behind when Matt went to university, Kieran can’t take more heartbreak.

So when Matt invites Kieran to spend a whole week with him on the island of Majorca, Kieran can’t let himself think there’s more to it than lads on tour. All he can do is play the field to take his mind off the hot, rugby honed body of his oldest mate. Sexy men are in abundance in Magaluf, right? Matt only wants to cop off with the bridesmaid anyway.

But when Matt’s overprotectiveness about Kieran’s late-night escapades borders on jealousy, can he even dare to think that there’s more to their years of flirtations than simple bromance?

And can Matt really acknowledge his feelings when they’ll soon be returning to England, with him back to the university rugby team and two hundred miles away from Kieran.

Can a wee bit of Irish charm save an injured soldier from his wrenching heartache?

Injured ex-soldier, Kane Taylor, has lost everything—the job he loves, the use of his trigger hand, and the love of his life. Moving to remote Donegal in Ireland to make those lost links with his deceased partner’s ancestors is the only thing keeping the memories alive.

Publican Declan McCafferty has everything—a job he loves, a community he adores and a revolving door of lovers. But when he sets eyes on the new sexy, brooding regular customer at his pub staring solemnly into his Guinness night after night, Declan realises he needs one more thing—him.

Kane isn’t ready to give himself to another man, but the charismatic and charming publican is hard to resist. Can a fling be such a bad thing?

It is when Declan discovers Kane is the only man in his life he’s not willing to let go. 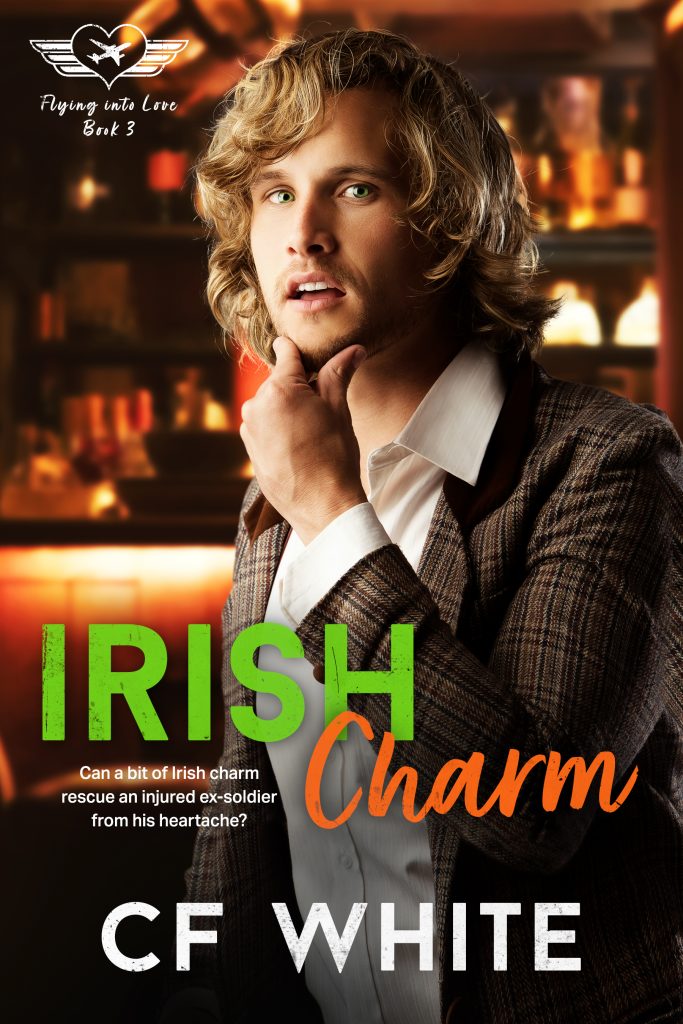 Can a bit of Aussie Sun make a retired MP vote one more time…for love?

Grumpy English MP Jeffrey Gandy has had enough. Of people. Of politics. Of pursuing love. After a lifetime in the public eye, he wants nothing more than to retire to Australia and renew his bond with his long-lost daughter.

Sunshine Aussie swim instructor Hunter Ford has a race to win. This time it’s out of the pool and with the developers determined to make him and his rescue animals homeless. It doesn’t help that his ex-boyfriend happens to be their contractor, and the one man Hunter always gives in to.

When Jeffrey forms an unlikely friendship with his daughter’s swimming instructor, the thirty-two year age gap should be enough of a deterrent for him not to get involved and fuel those hungry waiting headlines. But Hunter’s affable nature is being manipulated and used to align the pockets of rich city corporations.

Jeffrey has to campaign for the underdog one last time. Even if his track record means he might well lose everything. Including the man who’s brightened his life more than the Aussie sun.

Aussie Sun (Flying into Love #4) is a contemporary slow-burn, Grumpy/Sunshine, MM romance featuring a disgraced English MP hiding from his mistakes and a happy-go-lucky Aussie animal-lover with a need to please. 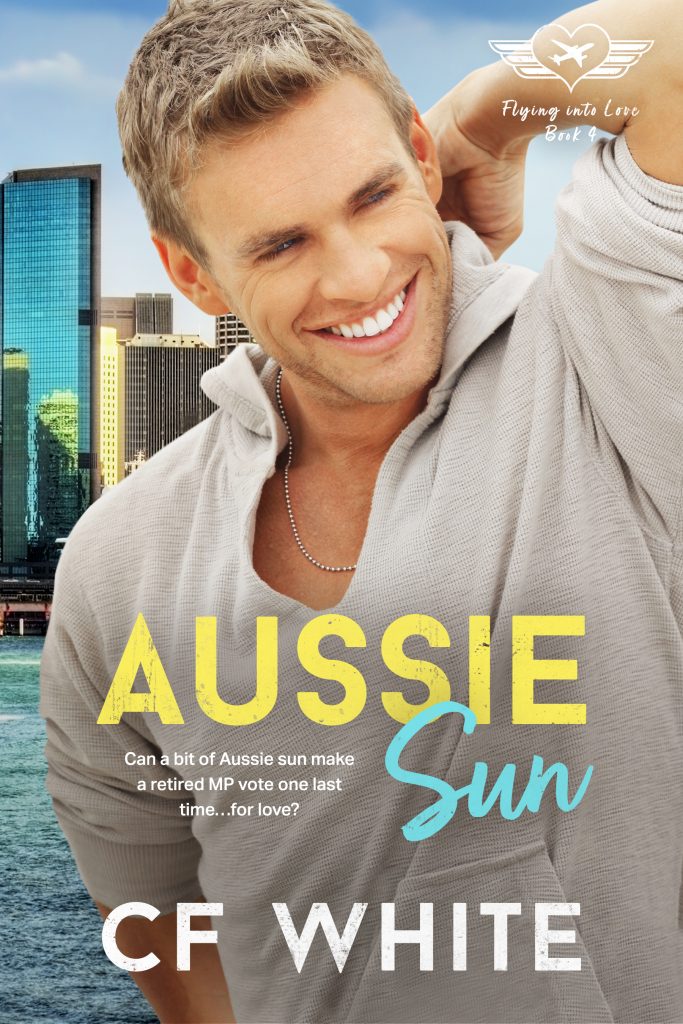