If you’re a football fan, and an England one at that, I’m sure you’re all a flutter today after the spectacular break through from the England team last night. We finally managed it! On a World Cup stage, we won a penalty shoot out!!!

That, in my opinion, needed some sort of response from me as someone writing a three-book romance series based on a professional English Premier League footballer.

So I thought I’d let you all have a sneak peek at the third book in the series. Come Back (The District Line #3) *should* be out this year. I’ve had a few set backs with it, mainly lack of time to edit due to several reasons I won’t bore you with. But it’s getting there! And in celebration of the England win last night (and because I can’t be sure they will actually bring home the World Cup in order to wait until then to release this – of course, if they do, I’ll have to release another excerpt lol) here’s a sneaky look at the cover, followed by an excerpt from the first draft of Chapter One…

“Y’know they just make you look more conspicuous down here, dun’t ya?”

Seb curled a finger around the arm of his shades and slipped them to the end of his nose, his chocolate brown doe eyes settling on Jay. “Conspicuous?”

Jay raised his eyebrows to the point they were hidden underneath the peak of his baseball cap. He stepped in closer to Seb, avoiding another onslaught of city commuters to the underground platform. The dank smell of a day’s office work wafted from the nearest suited male, masking the notorious dust and cast iron scent, and the echoed tap of court shoes ricocheted off the curved walls. Tutting, Seb slipped the glasses back up.

“That’s four syllables, Champ.” Bashed by another oversized handbag passing him, Seb grinned. “Careful, you’ll quash the stereotypical notion that all footballers are as thick as shit.”

Jay snorted, scratching the nape of his neck and glanced up to the underground timetable. “Two minutes.”

“Fuck’s sake. Told you, we should have taken a cab.”

“And fork out a fuck ton to pay some geezer to sit us in midday traffic? No, ta.”

“Isn’t it now a little prudent to be counting the pennies? You’re no longer a poor boy from a poor family. If that last contract you signed at West Ham for a cool half a mil is anything to go by.” Seb tsked. “New money.”

“I’ll always be from a poor family,” Jay retaliated. “No matter what I earn now. Just like you’ll always be an entitled rich kid who throws away his cash the moment it reaches his wallet.”

“Visa credit, Rutters. No-one carries cash anymore.” Seb flicked up his dark brown hair, and twirled a crunchy tip between his fingers. “Or a wallet. They can get lost rolling around on a grassy bank, you know.” He winked.

Jay chuckled. A group of rowdy lads bundled down the underground steps to the platform, each one wearing a replica Chelsea football shirt, and their remnants of a drinking session hit Jay in the face. Jay cursed under his breath. Why he’d agreed to do this on the same day as a London derby was due to kick off, he’d never know. Edging closer to the yellow line, he impatiently awaited the next train and desperately tried to avoid any undue attention. It had been getting harder to venture out in public over the past year since coming out during his first season playing professional football. But he couldn’t remain inside with Seb forever. Not that it was a particularly bad thing when they did get to close the doors to their poky flat and shut out the world for a while.

“Ah, bollocks.” Seb shoved Jay on the arm and squirmed through a crowd of commuters. “Who the fuck invented a fucking camera on a fucking phone? How is that ever going to be useful?”

Stumbling to the end of the platform, Jay peered over Seb’s shoulder. The flash of a mobile camera illuminated the tunnel, and all the other passengers scrambled to see who or what had been the target of the non-consensual snap. Him? Seb? Both of them. Together. Bowing his head, Jay gripped the peak of his cap to conceal as much of his face as possible into the shadows. It was taking some getting used to―the attention, the random cameras being shoved in his face, the recognition on the street that his status as one of the top goal scorers of last season brought on him.

Seb seemed to take the attention on him all in his stride, though. But he’d always been destined for celebrity status, and revelled in the public’s scrutiny. Like a moth to a flame, Seb was drawn to the bright lights of the media circus they’d inadvertently created for themselves. Jay wouldn’t have him any other way, of course. Well…maybe sometimes.

Jay Ruttman is in London, throwing himself harder into football and his quest to make it on the professional playing field. Locking himself back in the closet, how can he ever open the door, and his heart, again?

A chance encounter in New York where Jay and Seb rekindle their lost romance sets them both on a path to self-discovery and coming to terms with their past, their present and their future.

This is the second part of the District Line serial, where half-time oranges are swapped for the Big Apple.

Thanks for popping over and taking a look! I’ll get back to writing now… 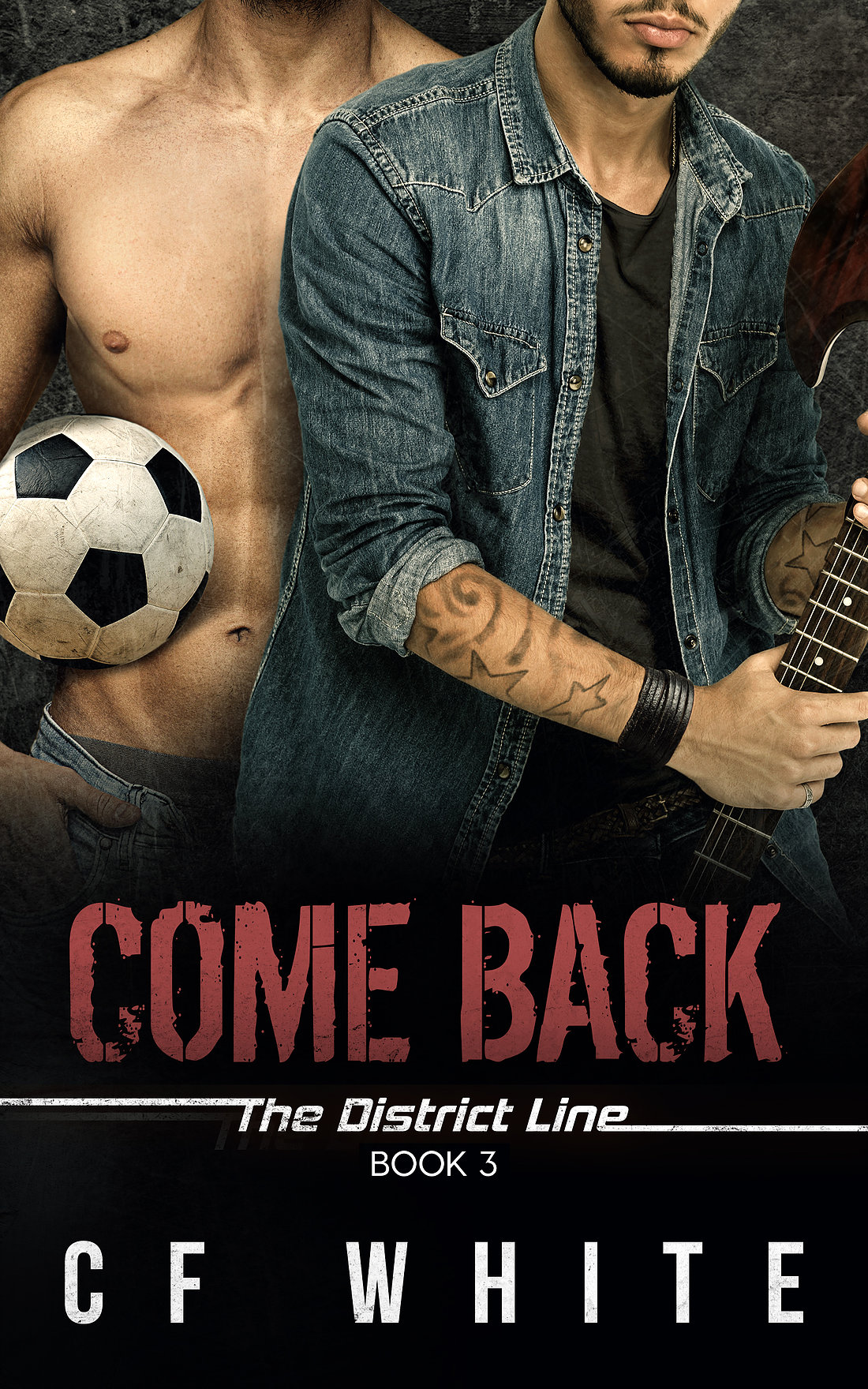 #Rainbowsnippets 3-4 June gets a little closer