Kick Off (The District Line #1) is on a freebie this week over at Amazon, and it’s given me the perfect time to reveal the cover for book two in the District Line series!

Break Through is up for pre-order today and will be released 28th May 2018 on Amazon KU (sorry it is a little later than expected).

Exclusive cover reveal and excerpt below 🙂

Jay Ruttman is in London, throwing himself further into football and his quest to make it on the professional playing field. Locking himself back in the closet, how can he ever find the strength to open the door, and his heart, again?

A chance encounter in New York where Jay and Seb rekindle their lost romance sets them both on a path to self discovery and coming to terms with their past, their present and their future.

This is the second part of the District Line serial, where the half time oranges are swapped in favour of a Big Apple backdrop.

“I’m terribly sorry about that, sir.” The girl at the front desk smiled, white teeth and green eyes sparkling. “We have a kind of unorthodox way of working around here. What was your name again? Without an appointment, I have to check Mr. Saunders’ list.”

Jay’s mouth hung open. He’d been so close. He could almost taste Seb. “What list is that?”

“Oh, Mr. Saunders has a list of people I’m allowed to disturb him for. As you just witnessed, he is quite particular on who makes it through his door. So you are?”

“Ruttman, Jay Ruttman.” A small smile curved Jay’s lips as Natalie rolled her finger down the list of names scrawled in pen on a torn piece of lined A4 paper. That handwriting, carefree and messy with circles over the i’s instead of dots, made Jay’s spine tingle.

“I’m very sorry, sir.” Natalie furrowed her brow. “But you’re not on the list. I’m going to have to ask you to make an appointment.” She swivelled in her chair and clicked a few buttons on her mouse. “How about next Thursday at two p.m.? He has a vacancy then.”

“How about I go knock on his door now?”

“I can’t let you do that, sir. It really is more than my job’s worth.”

Jay glanced over Natalie’s head. “What if I guarantee you that he won’t mind?”

“You’re not on the list, sir. This is my guarantee.” She waved the piece of paper in the air. “He’d fire me on the spot. He did it to Geena last month. And I need this job. It’s really good money.”

Jay scanned the office again, brain ticking over. He tugged out an envelope from his inside jacket pocket and waggled it. “How much is a week’s wages for ya, then?”

Jay opened the envelope, showing the wodge of American dollars wrapped up in a travel currency wallet. “There’s about five grand in there. How about I go knock and if you do get fired, you can keep it.”

Natalie gaped. Slowly, she reached over the desk, slid the envelope from Jay’s hand and flicked through the paper bills with a low whistle. “Okay.”

Jay nodded, pushing open the hip-height barrier. With soft steps, he walked through the main office, focusing on the closed wooden oak door ahead displaying the name Mr. Sebastian Saunders, Partner, engraved on a brass plaque.

Natalie trotted after him as quickly as her tight pencil skirt would allow. Clutching the wallet of cash to her chest, she swallowed as Jay rapped his knuckles on the office door.

“Fuck off!” The reply barked through the wood.

Natalie raised her eyebrows and bit her manicured thumbnail. Jay cleared his throat, pressing down the brass handle and as he opened the door, Seb whipped his head up from the computer with a firm scowl across his lips.

“I know I ain’t on that special list of yours.” Jay’s heart beat a little faster as Seb’s gaze finally met his. “But I sorta hoped that was an oversight on your part.”

Jay smiled, then angled his head back to Natalie peering in through the doorway. “I’ve given your flouncy receptionist five grand to be able to come in here and she not get the can. Don’t make me lose that cash. It’s all I got ’til I get home.”

Seb’s mouth fell open. His fingers hovered over the keyboard, as if he were frozen to the spot. Eventually, he cleared his throat. “Natalie?”

“Close the door behind Mr. Ruttman, please, and divert all calls to the shitbag. I’m no longer available for the rest of the night.”

“Yes, sir. No problem, sir, and by shitbag I assume you mean Mr. Coles?”

“Oh right, yes, sir.” Natalie handed the envelope back to Jay and closed the door behind her swift exit.

Tucking the envelope into his inside jacket pocket, Jay’s stomach fluttered unbearably as Seb’s impenetrable brown doe-eyed stare landed on him.

“Now, Rutters, you best tell me how the fuck you are here.” Seb stood, his chair rolling away on its wheels. “As I am hoping to fuck this isn’t some dream. Because if it is, I don’t want to wake up.”

Jay smiled, his chest rising. “I made pro. West Ham. We’re playing the New York Red Bulls tomorra for a pre-season friendly.” He shrugged. “Thought I’d check you out while in the area. Rude not to. I’m actually skiving training to be here, which’ll probably land me back on the bench.”

“Fuck,” Seb breathed out, shaking his head as he smiled. “That fucking accent.”

“Fancy hearin’ some more? If you ain’t busy?” Jay tucked his hands into his jeans pockets. “Might even say Babs for ya.”

Seb laughed, then switched his computer off at the mains. “Well, in that case.” He scooted around the desk and loosened the knot on his silk tie. “I better make this little rebellious stint of yours worth the while.”

Jay reached out, delicately brushing his fingers over Seb’s to prevent him ripping the tie off altogether. “Leave it.” He roamed his gaze up and down Seb’s suited attire. “Quite like it.”

Seb cocked his head. “Whatever you want, Champ.”

To register your interest in receiving an ARC of Break Through, contact me now at c.f.whiteauthor@gmail.com. 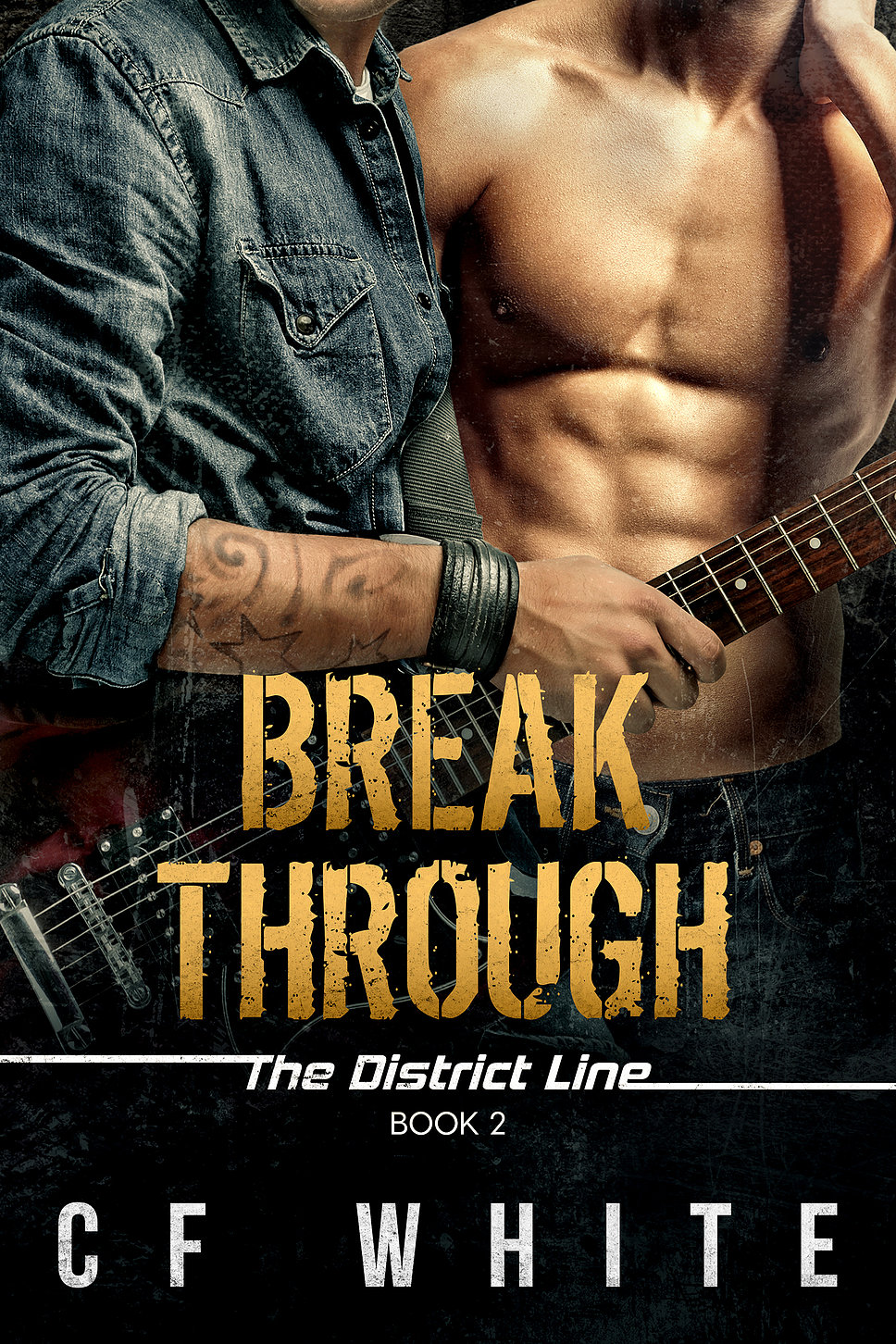 #Rainbowsnippets has its second cuppa