April is Autism Awareness Month, and I’m part of this fantastic month long blog hop hosted by R J Scott to raise awareness, whilst offering some great prizes and insight into ASD along the way.

Currently there are around 700,000 people on the Autism Spectrum in the UK and this is something especially close to my heart. Because when I’m not glued to my laptop writing, I’m also a mother to two boys, one of whom has Special Education Needs (he has Williams Syndrome, which shares some similar traits to those on the Autism Spectrum), and I also work part time as a Support Work Co-ordinator for a local Autism charity. Which means I get to meet families living with ASD every day to ensure they get the right support in order for them to be part of mainstream society.

So when being asked to write about my hopes and dreams as part of this blog hop, I jumped at the chance. Because since becoming a SEN mum, I’ve changed my outlook on life enormously and that includes those hopes and dreams I had for my children.

Like most mothers, I wanted the best for my kids. From the moment they were more than just a blue line on a testing kit, I started to make plans for them. I dreamt for them to be a football star, a successful lawyer, a doctor, a writer… anything they wanted to be, as long as they were the best at it and were happy.

But that all changed when I was thrown into the whirlwind that is special needs parenting. From the moment of diagnosis, I realised that my hopes and dreams had to change. And that took some time to get my head around. I still flick between denial and sorrow that my little boy can’t grow up to be any of those things (he’ll never be Ronaldo, he’ll never stand up in court of law to fight for truth and justice, he’ll never perform life-saving surgery, he’ll never write a bestselling novel (actually, I’m going to still cling onto that last one, because I think he’ll have a story or two to tell when he can hold a pen)… but then I remember that hopes and dreams don’t have to be about the big things. They don’t have to be about money, fame, and accolade… success and achievement are all relative and a few minor adjustments on my part is all it takes to keep those maternal hopes and dreams alive.

So, I hope that my little boy is able to grow into a man who is accepted in society for being different, who can be an active member of his community, and can lead a fulfilling, and happy life, surrounded by friends who accept him for exactly who he is. My dream is that, one day, he won’t be considered different at all.

I still have the high flying dreams for my older boy, the sibling, but now I hope that he can use his powers for good. Whoever he becomes, I hope he shines a light on those with Special Needs. He’s already doing that now, at aged ten, by befriending a non-verbal boy with Autism in his mainstream school. My son waits for him at lunch, sits with him to eat, and plays with him on the field. And he does this because, in his words, “I don’t want him to be lonely, because he wants friends too. Like [my brother] he just can’t ask to play.” The little boy can now sign my son’s name and asks his teacher for him when he gets upset. My son is often taken out of class to comfort him. That, right there, warms my heart and makes me think he’s already achieved every hope and dream I had for him when that blue line appeared on a stick in my bathroom… Because he’s a hero.

Thank you for reading my blog post… as a reward, I’m offering a giveaway! You can be in with a chance to own all three books in my Responsible Adult series. Which, incidentally, is about a young man, Micky, taking responsibility for his disabled little brother after the death of his mother and having to grow up fast, take responsibility, and stumble through falling in love for the first time along the way. And I chose to give away this book because, actually, Micky explains those with SEN far better than I could…

To be in with a chance to win all three signed paperbacks of Misdemeanor, Hard Time and Reformed, just add a little comment below (and I’d love it if you could sign up to my newsletter too, which would help me have your email address) and don’t forget to visit all the other stops on the Autism Awareness blog hop. You can check the schedule on RJ Scott’s site here.

The Responsible Adult series follows bad boy Micky O’Neill as he attempts to better his life to bring up his disabled little brother. A past full of juvenile delinquency and living in a small town rife with idle gossip means Micky struggles to be seen as anything other than a no-hoper from the wrong side of the tracks… until he takes a job at the local supermarket and meets his boss, Dan, a university graduate and self-proclaimed shy, awkward bookworm.

Dan, older and burned from a past relationship, is the one person who sees through Micky’s tough-guy facade to the true heart underneath. With fear and mistrust on both sides, the two must steer their way through a complicated relationship where outside forces are determined to break them up at every turn.

Responsible Adult is a series about growing up and learning that falling in love isn’t always responsible.

Thank you to everyone who came over to read my blog post and commented. As promised, I will be giving away all three copies of my Responsible Adult series to commenter picked at random. And I thought it would be nice to introduce my son, considering he was the inspiration behind this little post and my book series, and he really loved helping pick a winner 🙂

CONGRATULATIONS! I’ll be contacting you shortly. 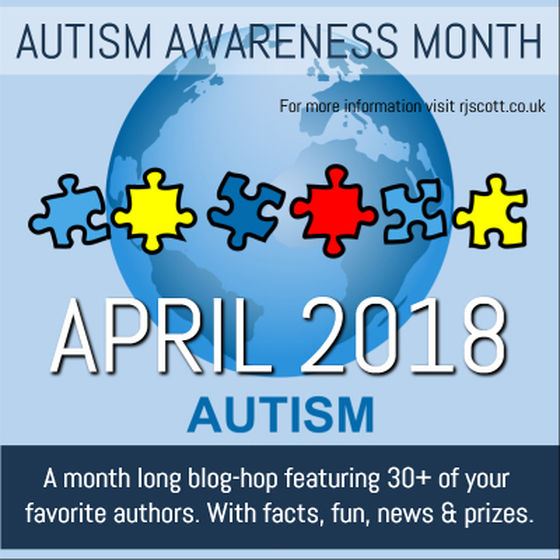