Hi there! I have been absent from Rainbow Snippetting for quite some time… life, unfortunately, got in the way a little. But I am hoping things are now back on some sort of even keel, whatever that means for me and mine, so I can get back to writing and enjoying all the weekend’s snippeting offers 🙂

So, this week I’ll start off with a snippet from my upcoming release, Kick Off, book one in the newly released District Lineseries.

NOTE: This is a revised edition of the previously self-published The District Line in 2016. This version has gone through major edits, including character name changes and new chapters, yet the overall story remains the same.

“You okay?” Jay shivered at the biting cold.

Seb’s eyes were bloodshot and cigarette butts dusted the pavement by his feet. “Shit night.” He shrugged, barely looking Jay in the eye. “Guess I can’t sleep without a goodnight kiss anymore.”

Jay melted at the gentle words. Stepping forward, he ran a hand through the crunchy tassels of Seb’s hair and planted a delicate kiss to his lips. Seb deepened it, and his eyes filled with tears. On breaking apart, Seb buried his face in Jay’s neck, leaving a trail of moisture on his skin.

Startled at the unprecedented vulnerable display, Jay curled his arms around Seb and squeezed, rubbing one hand in smooth circles along the nape of Seb’s neck. “Talk to me,” he whispered. “What happened?”

Seb pulled away. “Can we not talk? And you just kiss me like that again?”

Rainbow Snippets is a group for LGBTQ+ authors, readers, and bloggers to gather once a week to share six sentences from a work of fiction–a WIP or a finished work or even a 6-sentence book recommendation. You can read all the other great snippets from wonderful authors here. 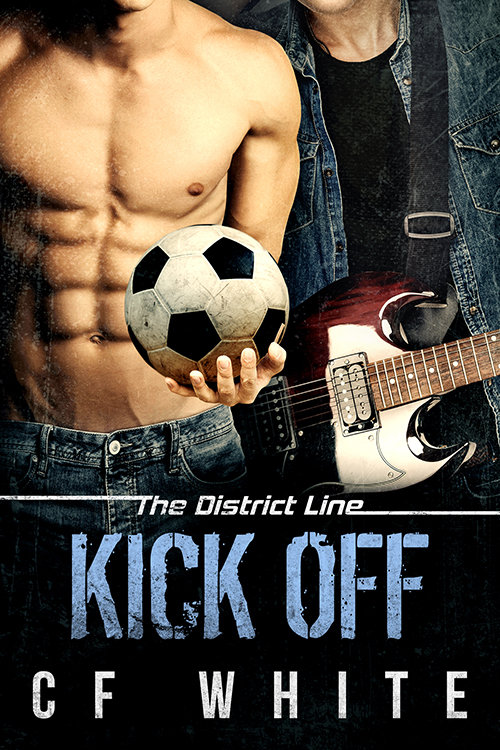